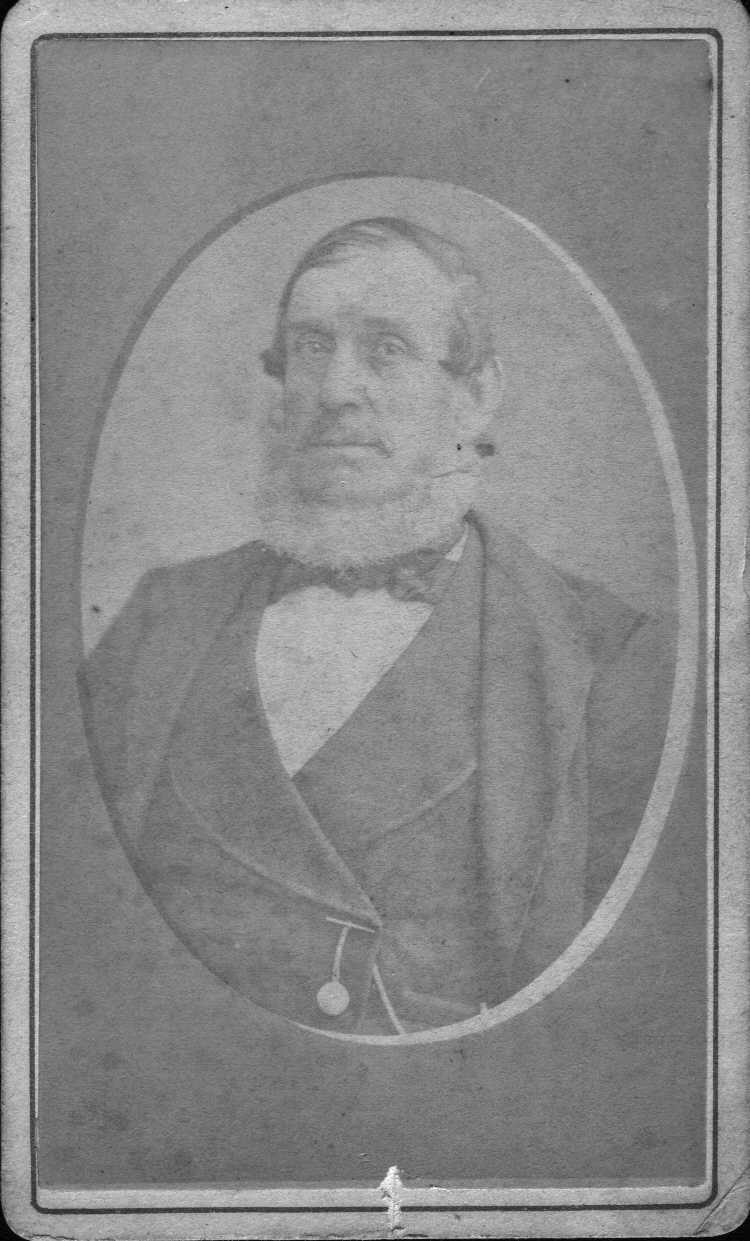 William and Charlotte arrived in Melbourne on the 27th. of June 1840 on the "Andromanche". Records disclose that they were bounty migrants, William being described as a carpenter and Charlotte as a dairy maid. His religion was listed as a dissenter. The town in Ireland listed as their home address was Killinchy in County Down.

On arrival in the Colony of Victoria William and Charlotte had five children:

One further child was born of this union in the Colony,

William then married Elizabeth Cowie and had a further four children:

"The Coulstocks disposed of two parcels of land in 1847. They sold the first, west of Plenty Road, to William Forde Cleeland: he built a home he called \\'Springfield\\' which, for some years, gave name to the locality."

William later gave land to the Presbyterian Church on which was erected a bluestone church which still stands in Plenty Road. Details of that gift were reported in newspapers and details of the history of this church can be found in "Historical Buildings in the Shire of Whittlesea."

William was obviously a prominent local identity. My father tells me he was a member of the Masonic Lodge. In 1867 William was part of a local committee formed to obtain a land grant for the purpose of building municipal buildings which grant was approved in 1868. The City offices and the Memorial Hall now stand on that land.

William is buried at the Preston Cemetery and his grave is easily found. The head marker is in good condition and his name has been cleaned and recently painted. Joseph is buried at the old Epping Cemetery.

The Will of William Cleeland was proved by his two sons, Joseph and Francis Cleeland and one John Watson. Joseph is described as a farmer from Morang and Francis as a farmer from the Goulburn River. Another son, William,. died in Mansfield in 1928 aged 91 years. The Will is difficult to read and is nine pages long.

(Before his Honour Mr. Justice Molesworth.)

Mr. Molesworth and Mr. Dwyer for the plaintiffs; Mr. A\\'Beckett for the defendants.

On the 28th August, 1868, William Ford Cleeland died, leaving a will which had been drawn up by himself. On the 1st October, 1868, the defendants obtained an order for probate, and proceeded to realise the per- sonal estate without taking out the probate itself, which was not done till21thMarch, 1871 They gave an order to an agent to receive the proceeds of some of the personal estate, amounting to £230, and they collected the rents of the real estate. Of the £230, £129 was lost to the estate through the insolvency of the agent. Some debts were owing by the testator at the time of his death, and some of them were unpaid on the 31st March, 1871, at which date two creditors, whose debts amounted to £128 between them, in- stituted a creditors\\' suit In those suits the total debts proved were £235. The costs of the suit were £363 9s 4d. The defendants alleged that they had no money on hand at the institution of the creditors\\' suit where with to pay them, and that the suit and the costs of it could not have been prevented by them. On the 27th Novomber, 1871, the de- fendants applied to the court to be allowed to mortgage certain lands devised by the tes- tator in order to pay the £235 to the creditors, and the £363 9s 4d costs. The applica- tion was granted at defendants\\' risk. The defendants then raised £625 on mort- gage, the costs of and commission for ob- taining the money on which made the expense to the estate £435 14s lOd. By the provisions in the mortgage the rents and profits of the real estate, which were devised to plaintiffs for their maintenance, were to be applied in payment of principal and interest. This left the plaintiffs, some of whom are infants, without anything to subsist on, and on the 10th June, 1873, they instituted the present suit, in which they sought to have the defendants removed, and charged personally with the amouut lost through the agent, the costs of the creditors\\' suit, and the mortgage, and also asked that the defendants might be ordered to satisfy the mortgage, and procure a release of it at their own expense, and that they be ordered to pay the costs of this suit. The master in his report found a balance of £390 to have been in defendants\\' hands at the time the creditors\\' suit was instituted, and as the total amount of the creditors\\' debts proved in it was only £235, plaintiffs allege that that suit and the consequent mortgage were un- necessary. There were exceptions by the defendants to the masters report, and on the whole case.

THE Funeral of the late WILLIAM FORD CLEELAND, Esq., will move from his late residence, Springfield, to the place of interment, Darebin Creek Cemetery, THIS DAY (Thursday), 27th instant, at 2 o\\'clock p.m.

An inquest was held on Wednesday by Dr. Youl, at the morgue, on the body of a male infant, which was found, on Monday morn- ing, near Cockbill\\'s boncworks, on the north bank of the Yarra, _ below Melbourne. The body was enclosed in a bag, and was lying a few feet from the river, having evidently been left\\'thero hythe tide. Dr. Neild,\\'who had examined tho body, said that it was that of a stillborn child, and seemed to havo been in the river for some three weeks. Tho jury found that the child -was stillborn, and had been exposed about the 1st insfc., by some person unknown, by throwing it into the river.

Mr. Candler, on Wednesday, held an inquest at East Preston, on the body of William Ford Cleeland, a farmer, aged seventy years, a resi- dent on the Plenty, who on the previous day was found lying dead on the Plenty road. The deceased was found at an early hour in the morning. At ten o\\'clock on the previous night he rode away from the Rose, Thistle, and Shamrock Hotel, towards home, and nothing more was seen of him till he was found dead. His horse was found about a mile further on. It was evident that he had died from the effect of a wound on the head, which seemed to have been caused by a fall from his horse, and the jury returned a verdict to that effect. The deceased was the father of Mr. Cleeland, of the Albion Hotel, and a very old settler.
Facts
Ancestors
Family Group Sheet - Child
Family Group Sheet - Spouse
Family Group Sheet - Spouse
Picture Gallery