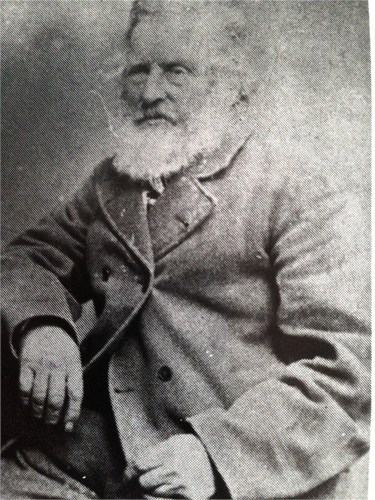 William KingstonI144
b: 29 May 1803
d: 10 Aug 1888
Biography
The first of the Kingston family to come to Van Dieman\\'s Land was William who, in 1825, had been tried in the Surrey Assizes for helping to steal goods valued at 29 pounds, ten shillings and nine pence. He was sentenced "to be hung by the neck till he be dead". He was granted a reprieve and was ordered to be sent to the new colony in Van Dieman\\'s Land, which had been established twenty two years prior to this. THere was a great need for experienced farm labourers and William, being a good ploughman, was sent out as a convict.

He came out on the ship called "The Woodman", which left London on 6 Dec 1825 with 150 male convicts on board. "The Woodman" was a 419 tonne ship which was built at Gainsborough in 1808 and was employed to transport convicts to the colonies. On this voyage they came via Cape Town and four of the convicts died during the voyage. The master of the ship was Dan Leary and the surgeon was John Rodmell.

William Kingston was among the men sent to Richmond. On 30 May 1828 he is recorded as being punished for neglect of duty and insolence. At that time he was 25 years of age.