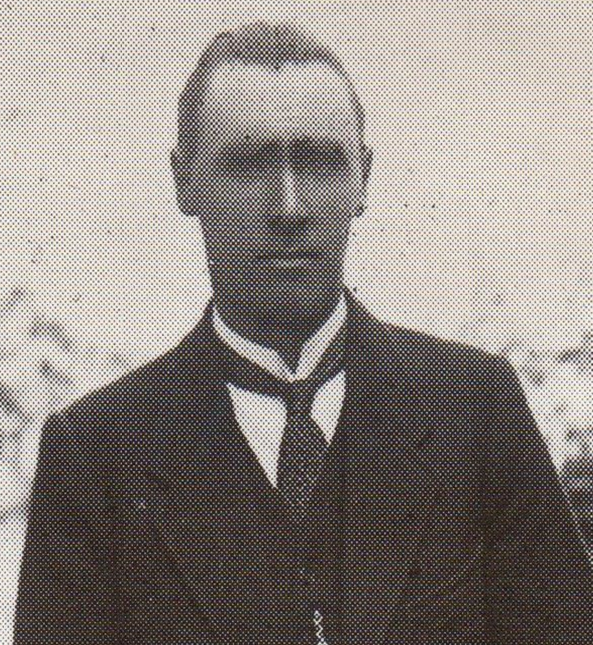 Mary Jane Cleeland, my mother (nee Crockett) gave birth to me (only child) at Nillahcootie (via Mansfield, Vic) in 1894.

I then worked on my father’s farm for 6 years. During that time in 1910 I was taught to drive a motor car by Mr Vin Kelson, who owned the first car in Mansfield, a horizontally opposed twin cylinder Russell.

Incidentally Mr Kelso gave me my 1st drive in a car, and I gave him his last! He became very sick in Mansfield hospital and there and with no ambulance available, I turned my old Fiat car into one and took him to Melbourne where he died in 1939.

In 1916 I bought a brand new Model T Ford for £120, drove it to Mansfield Police Station and told Sargeant McDougal I wished to start a Hire Car Service in town. He said ‘is it registered?’ I said ‘yes’. Then he said ‘go for your life!’

In those days there was not a sealed road in the country and it wasw an 8 hour trip to Melbourne (120 miles). In winter, taking a load of passengers to Benalla, it was necessary for them to ge out and push to get over 3 different hills.

The fare in those days was 1 shilling per mile, and the average life of a tyre was 3,000 miles, while petrol cost 1 shilling and 6 pence-2 shillings gallon.

While running the Hire Car, I boarded at the Mansfield Hotel for 1 guinea (21 shillings) per week and a garage shed provided.

I sold the car in 1917 after paying for it and expenses and it was just about worn out.

I then went back to the farm for 12 months before going to Melbourne to the Marconi School of Wireless. Having passed through the school, I joined the Royal Aust Naval Radio Service as a Petty Officer 8/3/1920. I was then sent to King Island with a Ken Henderson to rewire the radio station which had been only temporarily wired during World War 1. On completion of that job, Mr Henderson returned to Melbourne while I was instructed to remain as the radio mechanic.

While on the island, I boarded with the Barrenger family.

I married Ida Barrenger on 2/8/1921 at the Church of England on King Island.

In going to King Island for the wedding, the boat could not berth and I was carried onto Tasmania. However got back on the return trip, while Miss Barrenger coming from Tasmania passed the island 3 times before landing. After the wedding we were stranded for another week before we could return to Victoria.

On returning to Barjang, we carried on dairy farming for the next 30 years. One Friday morning in 1923, my wife woke up and said ‘funny thing, I dreamt that I saw Fred Huxley (a pilot in the 1st Word War who was a King Island lad). . . and believe it or not, he was the 1st person we saw when we went shopping into town. We chatted for a while then invited him home for dinner on Sunday.

He said ‘how far out do you live and is there good landing ground for a plane’? We said ‘4 miles out of town’ and he said ‘well build a small fire in the middle of the paddock about noon and put some green boughs on it’. We did, and the next thing we knew was this bi-plane with a 9 cylinder Rotary Grome engine circled overhead and landed. That afternoon a lot of neighbours turned up and Mr Huxley took up 16 flights that afternoon. This was our first ride in an aeroplane and the first plane ever in Mansfield.

On the 9/1/1929, I joined the Mansfield Masonic Lodge and was installed Grand Master in Nov. 1938. In Dec 1979 I was presented with my 50 year jewel. On 2 occasions we have had 3 generations of Cleelands in the Mansfield Lodge.

I bought a house in Mansfield 11/1/1957, and retired from farming, handing over the farm to my 2 sons, Rex and Keith.

On Sunday 5/3/61, I left Sydney at 5pm in a Boeing 707 Flying to San Francisco, stopping at Fiji and Honolulu to refuel. Flying time 14 hours. I toured the USA for 6 weeks with the Australian Primary Producers Union.

Since retiring, my hobbies have been gardening, gem stones, photography and touring in a VW bus.
Ida and I have toured every Australian state many times including Tasmania.

This information was asked for by Max Walters and recorded in 1980 by Gordon Frazer Cleeland.

Gordon Forrester Cleeland passed away 11/6/1980, at 86 years of age,
(2 days before his Diamond Wedding Anniversary)


=== EXAMINER (Launceston) 28 July 1944 ===
PERSONAL PARS SANDY BEACH.--Mrs. A. 1~. Peclk, PERSONAL PARS SANDY BEACH.--Mrs. A. E. Peck, with her son Ian, has returned to Laun- ceston after spending a holiday with her parents Mr. and Mrs. J. Batten. Mrs. Harwood and her two daughters have returned to Launceston after a holiday at Sandy Beach. Mr and Mrs. G. F. Cleeland. Barjarg (Vic.), have been visiting Mr. and Mrs. E. W. Tyler.