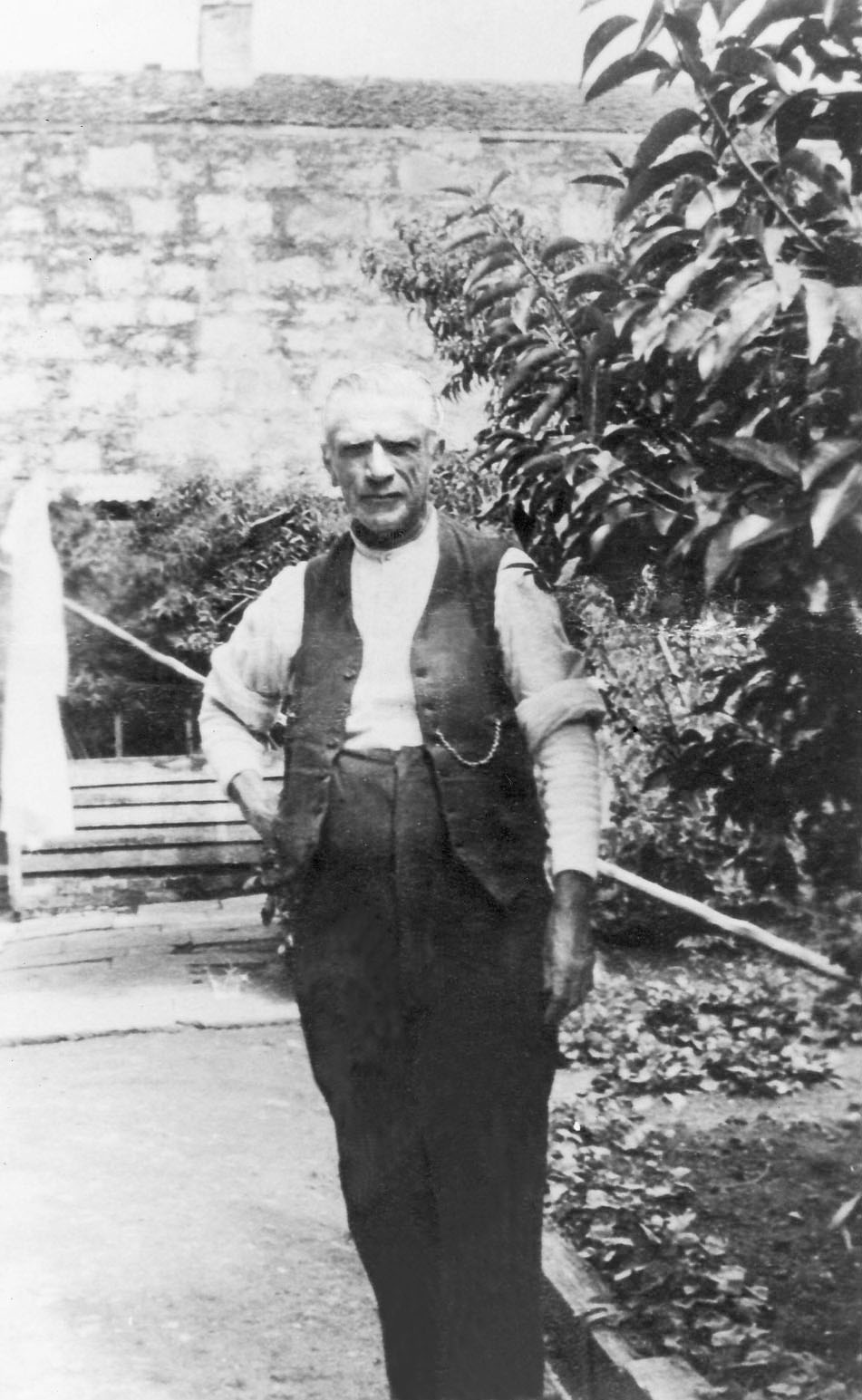 Harold WitcombeI32
b: 23 Jul 1853
d: 5 Jun 1921
Biography
Harry Witcombe
Harry Witcombe was born in Stoke Newington London in 1854 my father always said that he ran away from home when he was fourteen years of age and that at that time he was still living in England. Dad also went on to say that his father died when Dad was fourteen years of age and that he lived to the age of seventy years. Further information from Dad indicated that his father married twice, our grandmother being his second wife. Dad said that he had two stepbrothers Harold and Gordon and that he had two brothers who died young (Jack and Roy) as well as his two sisters who I knew as Aunty Mary and Aunty Joy. Many years after my Dad’s death, Aunty Mary said that there was a girl from our grandfather’s first marriage but she could not remember her name. It was not until my cousin Wendy obtained Harry Witcombe’s birth certificate from London and at a later date after she got hold of his death certificate that I started to ask some questions about my Dad’s version. Wendy also managed to contact Gordon Witcombe’s daughter (Ruby Hughes) who lived in Hobart, I also contacted Ruby who sent me some valuable information. From a number of sources I have acquired the following information which I am now satisfied is correct.

Harry Witcombe was born in Stoke Newington London on 23rd of July 1853 at 1 Albion Grove he was the son of William James Witcombe a carpenter (Born 1830 at Bath) and Eleanor Goldie (Born Malta). According to his obituary published in the Hobart Mercury he migrated to Australia at the age of two and settled in Queensland, my own research in the Queensland State Archives found his family in Warwick and his father who died on 28th of December 1900 is buried in the cemetery there. According to William Witcombe’s death certificate, Harry was the eldest of six children.
They are: Harry Born 1853 (Our Grandfather)
Clara Jane Born 1855
Matilda Louisa Born 1863
Jane Caroline Born 1865
Margaret Eleanor Born 1867
William James Born 1869
Harry next turns up in Launceston in 1885 where he marries Isabella Horne on the 7th February..
They had three children they are:
Ruby Isabel Born 22nd March 1887 Died 9th August 1908 Melbourne
Harold Goldie Born 2nd June 1889 Date and place of death unknown
Gordon Ronald Born 13th October 1892 Died 15th June 1973 Hobart
The next record of Harry is when his first wife Isabella dies at their residence 209 Murray St Hobart on September 21st 1903 she is buried in Cornelian Bay Cemetery Hobart.
Harry then marries Bertha Louisa Kingston on the 25th April 1904 they have five children they are:
Charles Harry Born 20th August 1904 Died 20th July 1975 (Our Father)
William John (Known as Jack) Born 1906 Died 9th October 1926
Mary Eleanor (Aunty Mary) Born 14th October 1907 Died 2007
Roy Edgar Born 1912 Died 7th November 1924
Joy (Aunty Joy) Born 25th December 1915 died 1994
Harry trained as a printer in Queensland he worked on the staff of The Examiner in Hobart before joining the staff of the Hobart Mercury as a proof reader. Aunty Mary told Wendy in a recorded interview that he used to walk to and from their home in Cascades to work carrying a walking stick as protection; my grandmother told me she kept that walking stick and Wendy told me Granny eventually gave it to my cousin Peter. Aunty Mary told Wendy many stories regarding Harry including his practice of doing the shopping while Granny waited outside the shops and the house cow they kept in the back paddock of their home. Aunty Mary also went on to describe how she played with her siblings in the old abandoned jail they lived next door to in Cascades which I subsequently identified as the “Old Women’s Prison” the remains of which can be visited to this day. According to Harry’s obituary he was regarded as an expert on handwriting and frequently gave evidence in court as a recognised expert.

He died in the General Hospital in Hobart on 5th June 1921 and is buried at Cornelian Bay cemetery his grave is close to that of his first wife Isabella, also buried in the same grave as Harry are the remains of Jack and Roy along with Aunty Joy’s ashes.

Harry Witcombe\'s Obituary in the Hobart Mercury
"The death of Mr H. Witcombe of The Mercury\'s proof-rending staff took place at the General Hospital Hobart yesterday afternoon. Deceased had been on the reading staff ro many years, and before that was on the staff of \'The Examiner\'. He entered the hosptial a week ago to unergo an operation. This was successfully performed but complications set in arising from the effects of an illness contracted a few years ago. He came out to Australia at two years of age with his parents who settled in Queensland and there learnt the business of a printer. He had frequently given evidence in the courts as an expert in handwriting. He was a well informed man, and generally esteemed. He leaves a widow, a member of the old Kingston family of Bream Creak district, and a family of grown-up and also quite young children."
Facts
Ancestors
Family Group Sheet - Child
Family Group Sheet - Spouse
Family Group Sheet - Spouse
Picture Gallery