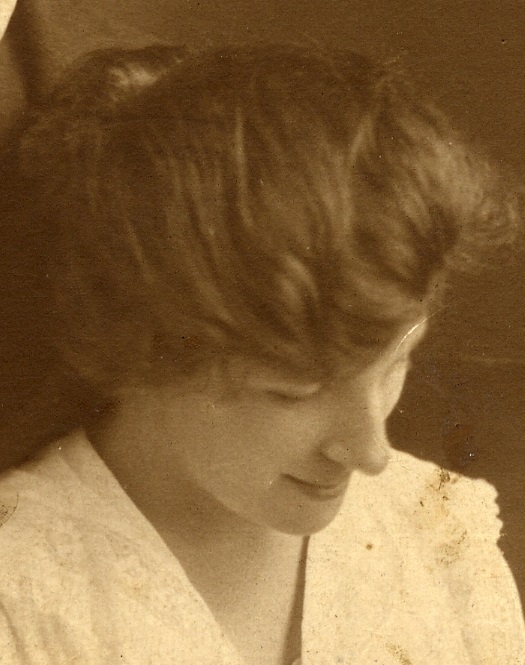 APPEARED PERSONALLY, William Andrew Macdonald, of the Parish of St Benet Fink Tottenham in the County of Middlesex, a Bachelor of the age of twenty one years and uwards, and prayed a Licence for the solemnization of Matrimony in the Parish Church of St Benet Fink Tottenham aforesaid between him and Alexina Jeanette Clark of the same Parish Spinster, a Minor of the age of twenty years and upwards and made Oath that he believeth that there is no impediment of Kindred or Alliance, or of any other lawful cause, nor any Suit commenced in any Ecclesiastical Court to bar or inhder the Proceeding of the said Matrimony, according to the tenor of such Licence. And he further made Oath, that she the said Alexina Jeanette Clark hath had her usual Place of abode within the said Parish of St Benet Fink Tottenham for the space of Fifteen days last past. And he lastly made oath that the said Minor hath no father living or Guardian of her person to her lawfully appointed and that the consent of Mary Jane Clark (widow) the natural and lawful mother of the said Minor hath been obtained to the said marriage.
Sworn at 1, Dean\\'s Court, Doctors\\' Commons, London on the 21st day of June 1917 Before me Albert E Lave.
The document is signed William Andrew Macdonald and A L Clark.

MACDONALD - In sad and loving memory of my darling sister, Alexina Macdonald, who passed away on August 8, 1948. Loving wife of William and loving mother of Alexander, David, Jim, Ruth, Bruce, Colin, Ian and Tommy Leek.
A better mother and sister no one could find. Loved by all. In god\\'s care.
Inserted by her loving sister, Georgina and John and nephews, Albert and John of Melbourne.

-- NOTES FROM Jan Macdonald --
Met William Norman Macdonald while he was on leave from France (fightin WWI) in England.

She was one of three sisters, all called Alexena. Alexena Louise (Alex), Alexena Helen (Nellie) (4 daughters none of whom married).

Cause of death: Heart failure - coronary occlusion at age 49

The mail for Xmas closes tomorrow, for home, and so I\\'m writing to wish you all a very happy xmas and new year. It\\'s quite a while since I heard from you.

Alec is home and has got his discharge from the air board, and started his first job last week. He is credit manager of the National Cash Registers in Sydney. His home is being built quite close to me and it should be finished before Xmas. I will be having the great joy of seeing him pass every day on his way to work. They are going to have a very nice place, with every modern convenience, and a very nice home. They have both saved and worked hard for it and I\\'m so glad for them.

Janice is growing quite a big girl, and they are going to live quite near the school my children attended. Mine have been very happy there, and now they are going on to High School.

David is stil at home, says he is going to be a confirmed bachelor. Jimmy and [soldier boy][?] is in Borneo. He is in our famous 9th division and took part in the Battle of Tariskaw[?] and Labuan[?]. He hopes to be home for xmas.

Ruth is in an office in Sydney, and is quite grown up, but she says she would rather be home with mum. I\\'d like her home too but it\\'s not fair to her, and [sant] pbev] to get out and meet young people of her own age. Bruce is going to High School and Colin will be going next year. Ian is 9 now and is growing tall. The little boys heard over the air that there is a shortage of soap in England and they have made you a parcel and sent it on to you. I am also sending you a parcel and a cake, and I hope you get it before xmas this time. Mac is very well and sends his love to you.

I have some young friends of David\\'s, Carol and Geoff Mayola[?]. They are fine young men and good catholics. Geoff is an engineer and is talking of going to sea as a ships engineer. Abe[?] told him about Rosemary and asked him if he would like to write to her. But I\\'ll ask you first, Nelly. He is 21. They are country boys and come from a nice home. If Rosemary would like to write to Geoff his address is Geoff Major, Junction Rd, Waitara, Sydney. HOw are you all. Give my love to all the folks at home. The children all send their love to you.

Wishing you a very happy xmas.